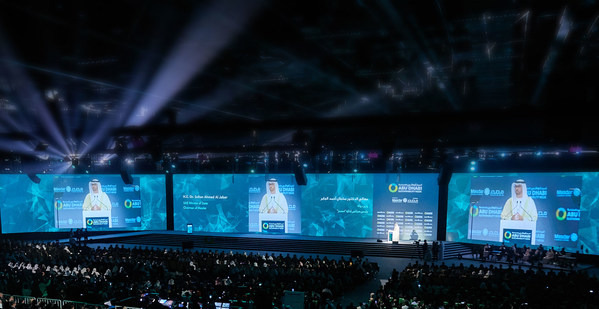 Hosted by Masdar, ADSW 2022 will be the first major sustainability event after the COP26 climate change conference, and will act as a global catalyst for COP27, which will be held in Egypt in 2022, and COP28, which will be hosted by the UAE in 2023. Held annually since 2008, ADSW has become one of the latest sustainability platforms in the world, with more than 45,000 people from 175 countries participating in ADSW 2020.

HE Dr Sultan Ahmed Al Jaber, UAE Minister of Industry and Advanced Technology, Special Envoy for Climate Change, and Chairman of Masdar, said: “The next few years will be pivotal as we work together across policy, business and industry to accelerate progressive climate action that will deliver economic opportunities and prosperity for current and future generations.

“The UAE has a long-term vision that will build on our longstanding track record in innovating climate solutions across the entire energy spectrum. Abu Dhabi Sustainability Week continues to offer an ideal platform for promoting, deploying and taking these climate solutions to scale around the world. Aligned with the UAE’s ‘Principles of the 50,’ it provides opportunities for global collaboration, knowledge sharing, investment and advancing new technological innovations that will take the global sustainability agenda forward and turn plans into action.”

Commenting ahead of her appearance at the ADSW, HE Halimah Yacob, President of the Republic of Singapore, said, “To deliver a sustainable future for our planet, the collective action of all stakeholders is needed. Even as we tackle the pandemic, we must not lose sight of other equally pressing global challenges. Governments, businesses, researchers, communities and individuals all have a role in addressing the challenges of climate change.

“The ADSW provides us a timely opportunity to exchange views on our collective response, and the urgent steps needed. I thank His Highness Sheikh Mohamed Bin Zayed Al Nahyan, Crown Prince of Abu Dhabi and Deputy Supreme Commander of the UAE Armed Forces, for inviting me to speak at the Summit.”

The hosting of ADSW is a key component in the UAE’s positioning as a regional and global leader in sustainability and climate action. Last October, the UAE announced its Net Zero by 2050 Strategic Initiative, a national drive to achieve net-zero emissions by 2050, the first such initiative in the MENA region. The UAE was also the first Arab country to set voluntary clean energy targets, and the first Gulf state to sign the Paris Agreement.

Further demonstrating the UAE’s leading role in driving action on climate change, at home, in the region, and throughout the world, the ADSW Opening Ceremony and the Zayed Sustainability Prize Awards Ceremony will take place at Expo 2020 Dubai on Monday January 17 to coincide with Global Goals Week. All other ADSW events will take place in Abu Dhabi or virtually.

Since its inception, ADSW has reflected the changing global sustainability landscape, broadening its scope from renewable energy and water, to include new global trends and topics like artificial intelligence, space and mobility. The number of ADSW events has also expanded over time, with the additions of the IRENA Assembly in 2010, the Women in Sustainability, Environment and Renewable Energy’ (WiSER) Forum in 2015, Atlantic Council Global Energy Forum in 2017, Abu Dhabi Sustainable Finance Forum 2019, and the virtual ADSW Summit in 2021.

Taking place virtually on January 17, the ADSW Summit will bring together global leaders to engage in dialogue and outline actions to achieve a net-zero future. Delivering global net zero commitments and the journey to the COP28 climate change conference will be key topics for discussion at the ADSW Summit.

Registration details for ADSW events can be found on www.adsw.ae.

Future of Working Out away from the Gym

The Future Of Travel And Tourism In A Post-COVID World